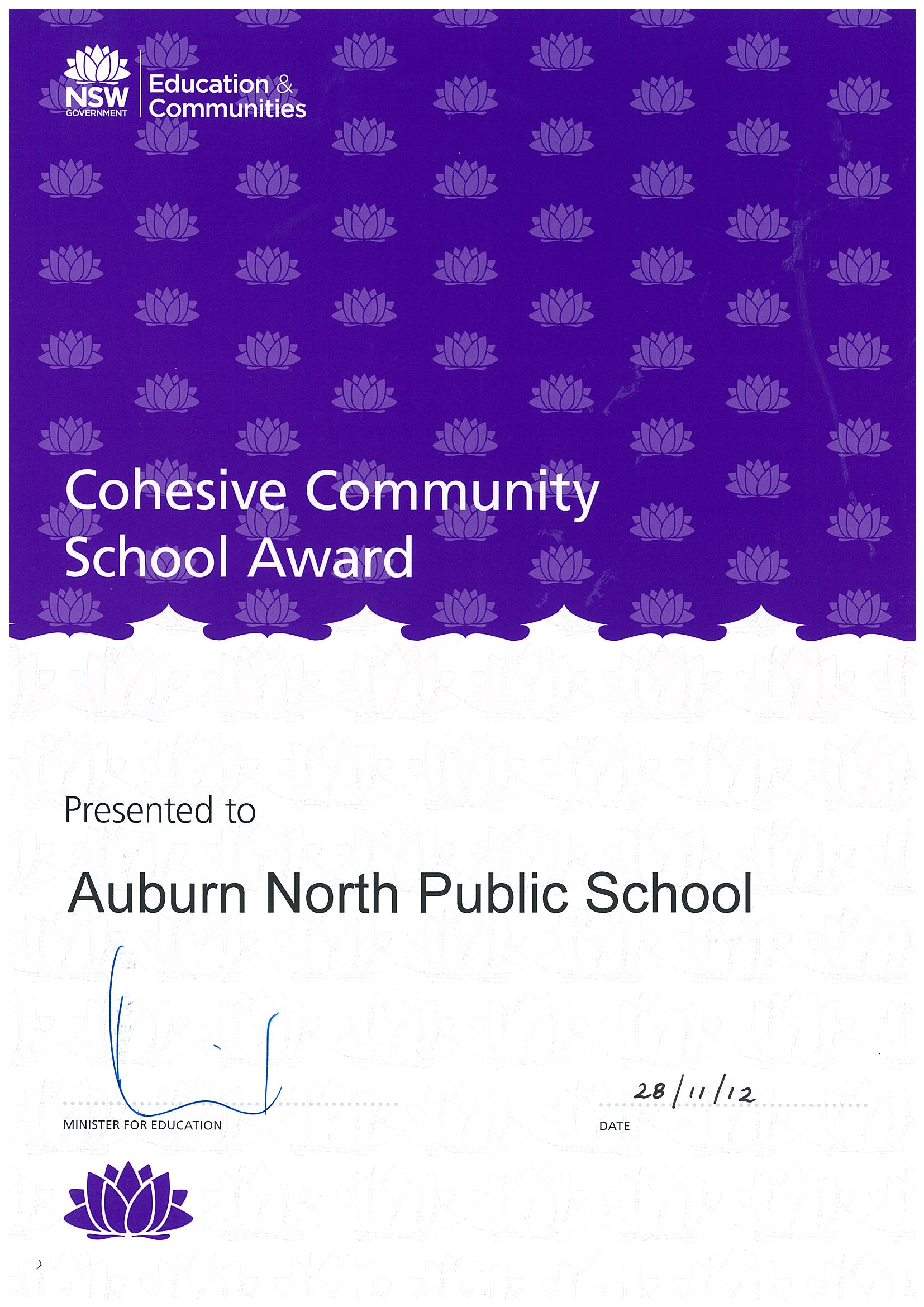 This award recognised our school's outstanding achievements in developing a cohesive community, social harmony, and unity. From more than 4,000 eligible government and non-government high schools and primary schools, Auburn North was selected as the state's most cohesive learning community. Ms Barbara Perry MP wrote the following:

"I have been greatly impressed by Auburn North's incredible efforts and pioneering spirit in leading the way on issues of multiculturalism and social harmony. Auburn North has inspired numerous other schools and organisations and the ethos that inspires the warm embrace of cultural differences permeates every aspect of life of the school right down through the teaching and staff body to the students, to the parents, and through its entire far-reaching cohesive learning community."

Return to top of page

We would like to pay our respects and acknowledge the traditional custodians of the land and also pay respect to Elders both past and present.

Copyright for this website is owned by the State of New South Wales through the Department of Education. For more information go to https://www.dec.nsw.gov.au/footer/copyright.